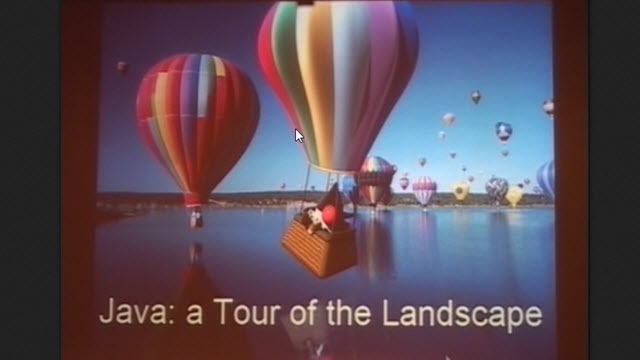 Title: The state of the Java universe

Speaker Bio: James Gosling received a B.Sc. in computer science from the University of Calgary, Canada in 1977. He received a Ph.D. in computer science from Carnegie-Mellon University in 1983. The title of his thesis was The Algebraic Manipulation of Constraints. He has built satellite data acquisition systems, a multiprocessor version of UNIX®, several compilers, mail systems, and window managers. He has also built a WYSIWYG text editor, a constraint-based drawing editor, and a text editor called Emacs, for UNIX systems. At Sun his early activity was as lead engineer of the NeWS window system. He did the original design of the Java programming language and implemented its original compiler and virtual machine. He has recently been a contributor to the Real-Time Specification for Java.

Copy to clipboard
View Multimedia
Export Metadata
Save to Playlist
You must Sign In or Create an Account in order to save documents to your library.