Distillation is commonly used for separating homogeneous fluid mixtures. While it is based on a simple thermally driven vapor-liquid equilibrium phenomenon at the two-phase region, different variants of distillation systems exist. These include simple distillation, dividing wall columns, pressure swing distillation, thermally coupled distillation and reactive distillation. Complex separation may also involve multiple distillation in a sequence to achieve the desired products. These sequences can be constructed as direct sequence, indirect sequence or thermally coupled columns. Even when a sequence is fixed, each column in the sequence can have a plethora of design alternatives to consider. All these make the design and intensification of distillation systems a challenging task. The large number of plausible design alternatives increases the combinatorial complexity for screening. Although significant efforts have been made in the past, we still lack a method for systematic identification of novel pathways for process intensification of distillation system. This is due to the lack of a generalized representation of all plausible alternatives in a single modeling and optimization framework. In this work, we first present a general representation of thermally driven vapor-equilibrium phenomenon using abstract building blocks. Specifically, each tray in a distillation column is represented by a liquid blockmore » and a vapor block with a shared semi-restricted boundary representing the interface. The arrangement of these building blocks in a two-dimensional grid gives rise to all plausible variants of distillation systems. These systems range from simple distillation, dividing wall columns to task-integrated columns. This enables us to systematically identify both classic and out-of-the-box intensified designs at the column and flowsheet levels. The overall distillation-based separation process synthesis problem is formulated as a single mixed-integer nonlinear programming (MINLP) model. In conclusion, the proposed approach is applied to multi-component zeotropic systems to show the capability of identifying promising intensified alternatives.« less 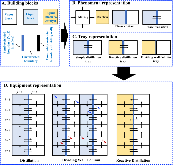 Figure 1: Building block-based representation for distillation systems
All figures and tables (5 total)
Export Metadata
Save to My Library
You must Sign In or Create an Account in order to save documents to your library.

A systematic method to synthesize all dividing wall columns for n -component separation-Part I
journal, September 2017

An overview of process systems engineering approaches for process intensification: State of the art
journal, November 2018