BACKGROUND:Ontologies are invaluable in the life sciences, but building and maintaining ontologies often requires a challenging number of distinct tasks such as running automated reasoners and quality control checks, extracting dependencies and application-specific subsets, generating standard reports, and generating release files in multiple formats. Similar to more general software development, automation is the key to executing and managing these tasks effectively and to releasing more robust products in standard forms. For ontologies using the Web Ontology Language (OWL), the OWL API Java library is the foundation for a range of software tools, including the Protégé ontology editor. In the Open Biological and Biomedical Ontologies (OBO) community, we recognized the need to package a wide range of low-level OWL API functionality into a library of common higher-level operations and to make those operations available as a command-line tool. RESULTS:ROBOT (a recursive acronym for "ROBOT is an OBO Tool") is an open source library and command-line tool for automating ontology development tasks. The library can be called from any programming language that runs on the Java Virtual Machine (JVM). Most usage is through the command-line tool, which runs on macOS, Linux, and Windows. ROBOT provides ontology processing commands for a variety ofmore » tasks, including commands for converting formats, running a reasoner, creating import modules, running reports, and various other tasks. These commands can be combined into larger workflows using a separate task execution system such as GNU Make, and workflows can be automatically executed within continuous integration systems. CONCLUSIONS:ROBOT supports automation of a wide range of ontology development tasks, focusing on OBO conventions. It packages common high-level ontology development functionality into a convenient library, and makes it easy to configure, combine, and execute individual tasks in comprehensive, automated workflows. This helps ontology developers to efficiently create, maintain, and release high-quality ontologies, so that they can spend more time focusing on development tasks. It also helps guarantee that released ontologies are free of certain types of logical errors and conform to standard quality control checks, increasing the overall robustness and efficiency of the ontology development lifecycle.« less

Search WorldCat to find libraries that may hold this journal
Cited by: 4 works
Citation information provided by
Web of Science 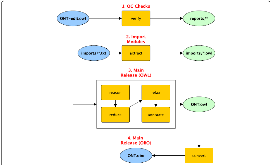 Fig. 1: The ROBOT release workflow. A typical release workflow using ROBOT. The ontology edit file ONT-edit.owl is first verified as a quality control check with ROBOT ‘verify’. Then, text files containing lists of external ontology terms in the imports directory are used to regenerate import modules using ‘extract’, ensuringmore » that the imports are up-to-date. ONT-edit.owl is then passed through a series of ROBOT commands (‘reason’, ‘relax’, ‘reduce’, and ‘annotate’) to generate the release, ONT.owl. Finally, ONT.owl is converted to OBO format« less
All figures and tables (1 total)
Export Metadata
Save to My Library
You must Sign In or Create an Account in order to save documents to your library.

The Ontology Lookup Service: bigger and better
journal, May 2010

Ontologies relevant to behaviour change interventions: a method for their development
journal, January 2020

Ontologies relevant to behaviour change interventions: a method for their development
journal, January 2020