Flow visualization using particle image velocimetry (PIV) and particularly particle tracking velocimetry (PTV) has been applied to thermal counterflow in He II for nearly two decades now, but the results remain difficult to interpret because tracer particle motion can be influenced by both the normal fluid and superfluid components of He II as well as the quantized vortex tangle. For instance, in one early experiment it was observed (using PTV) that tracer particles move at the normal fluid velocity vn, while in another it was observed (using PIV) that particles move at vn/2. Besides the different visualization methods, the range of applied heat flux investigated by these experiments differed by an order of magnitude. To resolve this apparent discrepancy and explore the statistics of particle motion in thermal counterflow, we apply the PTV method to a wide range of heat flux at a number of different fluid temperatures. In our analysis, we introduce a scheme for analyzing the velocity of particles presumably moving with the normal fluid separately from those presumably influenced by the quantized vortex tangle. Our results show that for lower heat flux there are two distinct peaks in the streamwise particle velocity probability density function (PDF), withmore » one centered at the normal fluid velocity vn (named G2 for convenience) while the other is centered near vn/2 (G1). For higher heat flux there is a single peak centered near vn/2 (G3). Using our separation scheme, we show quantitatively that there is no size difference between the particles contributing to G1 and G2. We also show that nonclassical features of the transverse particle velocity PDF arise entirely from G1, while the corresponding PDF for G2 exhibits the classical Gaussian form. The G2 transverse velocity fluctuation, backed up by second sound attenuation in decaying counterflow, suggests that large-scale turbulence in the normal fluid is absent from the two-peak region. We offer a brief discussion of the physical mechanisms that may be responsible for our observations, revealing that G1 velocity fluctuations may be linked to fluctuations of quantized vortex line velocity, and suggest a number of numerical simulations that may reveal the underlying physics in detail.« less

Search WorldCat to find libraries that may hold this journal
Cited by: 5 works
Citation information provided by
Web of Science 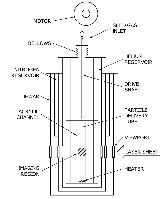 FIG. 1: Simple illustration of the experimental apparatus (not to scale).
All figures and tables (7 total)
Export Metadata
Save to My Library
You must Sign In or Create an Account in order to save documents to your library.

Anisotropy and drift of a vortex tangle in helium II
journal, October 1987

Collision of a tracer particle and a quantized vortex in superfluid helium: Self-consistent calculations
journal, June 2007

Visualization of the normal-fluid turbulence in counterflowing superfluid
journal, March 2015

Visualization of quantized vortices
journal, May 2006

Flows of liquid 4 He due to oscillating grids
journal, October 2017

Visualization of He II counterflow around a cylinder
journal, October 2013

An apparatus for generation and quantitative measurement of homogeneous isotropic turbulence in He
journal, January 2018

Dissipation in quantum turbulence in superfluid above 1 K
journal, May 2018

Distribution of directional change as a signature of complex dynamics
journal, November 2013

Velocity distributions of tracer particles in thermal counterflow in superfluid He
journal, May 2013

Numerical Investigation of Thermal Counterflow of He II Past Cylinders
journal, February 2017

Testing the performance of a cryogenic visualization system on thermal counterflow by using hydrogen and deuterium solid tracers
journal, May 2012

Second-sound studies of coflow and counterflow of superfluid 4 He in channels
journal, June 2015

Decay of counterflow turbulence in superfluid 4He
journal, May 2016

Particles-Vortex Interactions and Flow Visualization in 4He
journal, October 2009

The Observed Properties of Liquid Helium at the Saturated Vapor Pressure
journal, November 1998

On the Visualization of Thermal Counterflow of He II Past a Circular Cylinder
journal, November 2013

Visualization of He II forced flow around a cylinder
journal, April 2015

Determination of the effective kinematic viscosity for the decay of quasiclassical turbulence in superfluid
journal, September 2016

Angular Statistics of Lagrangian Trajectories in Turbulence
journal, May 2015

Large-scale turbulent flow around a cylinder in counterflow superfluid4He (He (II))
journal, September 2005

The motion of micron-sized particles in He II counterflow as observed by the PIV technique
journal, February 2005

Theory of the Superfluidity of Helium II
journal, August 1941

Close Approach of a Spherical Particle and a Quantised Vortex in Helium II
journal, May 2007

Motion of a spherical solid particle in thermal counterflow turbulence
journal, May 2008