A technoeconomic analysis of photoelectrochemical (PEC) and photovoltaic-electrolytic (PV-E) solar-hydrogen production of 10 000 kg H2 day-1 (3.65 kilotons per year) was performed to assess the economics of each technology, and to provide a basis for comparison between these technologies as well as within the broader energy landscape. Two PEC systems, differentiated primarily by the extent of solar concentration (unconcentrated and 10× concentrated) and two PV-E systems, differentiated by the degree of grid connectivity (unconnected and grid supplemented), were analyzed. In each case, a base-case system that used established designs and materials was compared to prospective systems that might be envisioned and developed in the future with the goal of achieving substantially lower overall system costs. With identical overall plant efficiencies of 9.8%, the unconcentrated PEC and non-grid connected PV-E system base-case capital expenses for the rated capacity of 3.65 kilotons H 2 per year were 205 dollars MM (293 dollars per m 2 of solar collection area (m S -2 ), 14.7 W H2,P-1) and 260 dollars MM ($371 mS-2, 18.8 dollars WH2,P -1 ), respectively. The untaxed, plant-gate levelized costs for the hydrogen product (LCH) were $11.4 kg -1 and 12.1 dollars kg -1 for the base-case PECmore » and PV-E systems, respectively. The 10× concentrated PEC base-case system capital cost was 160 dollars MM (428 dollars mS -2, 11.5 dollars WH2,P -1) and for an efficiency of 20% the LCH was 9.2 kg -1 . Likewise, the grid supplemented base-case PV-E system capital cost was 66 dollars MM (441 dollars m S -2, 11.5 dollars W H2,P -1 ), and with solar-to-hydrogen and grid electrolysis system efficiencies of 9.8% and 61%, respectively, the LCH was 6.1 dollars kg-1 . As a benchmark, a proton-exchange membrane (PEM) based grid-connected electrolysis system was analyzed. Assuming a system efficiency of 61% and a grid electricity cost of $0.07 kWh -1 , the LCH was $5.5 kg -1 . A sensitivity analysis indicated that, relative to the base-case, increases in the system efficiency could effect the greatest cost reductions for all systems, due to the areal dependencies of many of the components. The balance-of-systems (BoS) costs were the largest factor in differentiating the PEC and PV-E systems. No single or combination of technical advancements based on currently demonstrated technology can provide sufficient cost reductions to allow solar hydrogen to directly compete on a levelized cost basis with hydrogen produced from fossil energy. Specifically, a cost of CO 2 greater than ~$800 dollars (ton CO2 ) -1 was estimated to be necessary for base-case PEC hydrogen to reach price parity with hydrogen derived from steam reforming of methane priced at $12 GJ -1 ($1.39 (kg H 2 ) -1). A comparison with low CO 2 and CO2 -neutral energy sources indicated that base-case PEC hydrogen is not currently cost-competitive with electrolysis using electricity supplied by nuclear power or from fossil-fuels in conjunction with carbon capture and storage. Solar electricity production and storage using either batteries or PEC hydrogen technologies are currently an order of magnitude greater in cost than electricity prices with no clear advantage to either battery or hydrogen storage as of yet. Significant advances in PEC technology performance and system cost reductions are necessary to enable cost-effective PEC-derived solar hydrogen for use in scalable grid-storage applications as well as for use as a chemical feedstock precursor to CO2 -neutral high energy-density transportation fuels. Hence such applications are an opportunity for foundational research to contribute to the development of disruptive approaches to solar fuels generation systems that can offer higher performance at much lower cost than is provided by current embodiments of solar fuels generators. Efforts to directly reduce CO2 photoelectrochemically or electrochemically could potentially produce products with higher value than hydrogen, but many, as yet unmet, challenges include catalytic efficiency and selectivity, and CO 2 mass transport rates and feedstock cost. Major breakthroughs are required to obtain viable economic costs for solar hydrogen production, but the barriers to achieve cost-competitiveness with existing large-scale thermochemical processes for CO2 reduction are even greater.« less

Search WorldCat to find libraries that may hold this journal
Cited by: 119 works
Citation information provided by
Web of Science 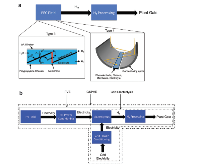 Fig. 1: (a) Block diagram depicting the power flow through a PEC plant. The cell specifics for the Type 3 and 4 systems are shown in the insets. (b) Block diagram of the power flow through photovoltaic electrolysis (PV-E), grid assisted photovoltaic electrolysis (GSPV-E) and grid electrolysis plants.
All figures and tables (17 total)
Export Metadata
Save to My Library
You must Sign In or Create an Account in order to save documents to your library.

Electrochemical Photolysis of Water at a Semiconductor Electrode
journal, July 1972

Operating experience with a photovoltaic-hydrogen energy system
journal, May 1997

A quantitative analysis of the efficiency of solar-driven water-splitting device designs based on tandem photoabsorbers patterned with islands of metallic electrocatalysts
journal, January 2015

Direct coupling of a solar-hydrogen system in Mexico
journal, September 2007

Solar hydrogen production by water splitting with a conversion efficiency of 18%
journal, October 2007

What is the Minimum EROI that a Sustainable Society Must Have?
journal, January 2009

Performance and costs of power plants with capture and storage of CO2
journal, July 2007

Investigation of the Support Effect in Atomically Dispersed Pt on WO 3− x for Utilization of Pt in the Hydrogen Evolution Reaction
journal, September 2019

Investigation of the Support Effect in Atomically Dispersed Pt on WO 3− x for Utilization of Pt in the Hydrogen Evolution Reaction
journal, November 2019

Boosting the Performance of BiVO 4 Prepared through Alkaline Electrodeposition with an Amorphous Fe Co‐Catalyst
journal, September 2018

Geothermal energy use in hydrogen production: A review
journal, August 2019

Hydrogen from solar energy, a clean energy carrier from a sustainable source of energy
journal, May 2020

pH effects on the electrochemical reduction of CO(2) towards C2 products on stepped copper
journal, January 2019

Hydrogen-enriched natural gas as a domestic fuel: an analysis based on flash-back and blow-off limits for domestic natural gas appliances within the UK
journal, January 2018

Strategies for enhancing the photocurrent, photovoltage, and stability of photoelectrodes for photoelectrochemical water splitting
journal, January 2019

Engineering Cu surfaces for the electrocatalytic conversion of CO 2 : Controlling selectivity toward oxygenates and hydrocarbons
journal, May 2017

What would it take for renewably powered electrosynthesis to displace petrochemical processes?
journal, April 2019

Hydrogen Supply Chains for Mobility—Environmental and Economic Assessment
journal, May 2018