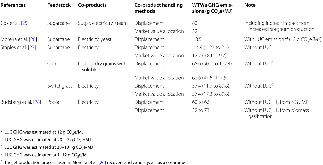 Table 1: WTWa GHG emissions of  STJs and  ATJs from  previous studies (numbers in  the parenthesis indicates estimated ranges)
All figures and tables (13 total)
Export Metadata
Save to My Library
You must Sign In or Create an Account in order to save documents to your library.

Well-to-wheels energy use and greenhouse gas emissions of ethanol from corn, sugarcane and cellulosic biomass for US use
journal, December 2012

Biomass feedstocks for renewable fuel production: a review of the impacts of feedstock and pretreatment on the yield and product distribution of fast pyrolysis bio-oils and vapors
journal, January 2014

Modeling the process and costs of fuel ethanol production by the corn dry-grind process
journal, May 2006

Use of U.S. Croplands for Biofuels Increases Greenhouse Gases Through Emissions from Land-Use Change
journal, February 2008

Energy and greenhouse gas emission effects of corn and cellulosic ethanol with technology improvements and land use changes
journal, May 2011

Methods of dealing with co-products of biofuels in life-cycle analysis and consequent results within the U.S. context
journal, October 2011

Renewable jet fuel supply scenarios in the European Union in 2021-2030 in the context of proposed biofuel policy and competing biomass demand
journal, June 2018

Other research related to this record: